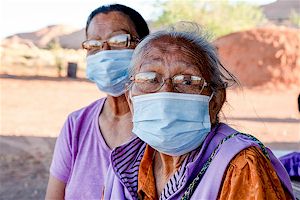 Tribes are devastated after one year of COVID-19 March 18, 2021 - As the Covid-19 pandemic began spreading across our nation last year, its impact became the most deadly in our tribal communities. Tribal economies also collapsed as casinos were shut down ... Read more

A bill that would authorize gambling in New Hampshire is about to be voted on.

On Thursday the Senate will be voting on a measure for one casino to be built in the state.

Last year the Senate approved a bill that would have allowed for two casinos to be built. However, the House did not approve the bill. The House has a history of not approving gaming measures in the past. 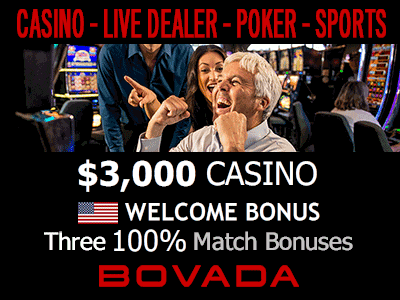 The New Hampshire House of Representatives denied a bill that would have allowed for gaming in the state.

The measure would have allowed for the development of two casinos. Supporters of the measure believed that the casinos would have earned additional revenue for communities and the state. New jobs would have been created by the casinos.

Salem's Rockingham Park was hopeful to have the bill approved.

Opponents believe that the casinos would bring increased crime to the areas.

The bill was rejected by one vote.

Political leaders from Washington County, PA attended a lunch in Concord hosted by Millennium Gaming. The purpose of the lunch was to discuss the benefits of casinos and how they can help the state.

Representatives from the Washington County gaming commission spoke about how their casino has paid millions in revenues to their state.

However, he also noted that there was no change in the amount of crimes that the community reported. There were also no rise in homelessness, or treatment for gambling addiction.

CONCORD, NH - New Hampshire state senators voted 13-11 last week to reject a measure that would have allowed video lottery at race tracks in Salem, Seabrook, Belmont and Hinsdale. They also voted 16-8 in favor of increasing taxes on Texas Hold'em and other poker games run by non-profit organizations.

Lou D'Allesandro, senator from Manchester and sponsor of the video lottery bill, argued the state needs the millions of dollars that gambling would generate for the state. Opponents say it would increase crime, unemployment, and prostitution.

CONCORD, NH - State Senator Lou D'Allesandro is promoting a new gambling bill to legalize up to 7,000 video slot machines in the state. They would be licensed to venues like Rockingham Park and other race tracks. It would also include the grand hotels in Coos County which once hosted gambling.

D'Allesandro is the vice chairman of the Senate Ways and Means Committee where a hearing is scheduled February 19th on the measure.

Under the bill each application would pay a $100,000 plus a processing fee of $50,000. If accepted, horse racing tracks would $15 million for an initial licensing fee and $1 million for a yearly renewal. Dog tracks and hotels would pay $5 million initially and $500,000 for a renewal.

If Rockingham and three smaller venues apply, the state would receive a one-time payment of $30 million.

Millennium Gaming Inc., of Lakeland, Colorado, is interested in reviving live racing at Rockingham Park if the Legislature would be willing to authorize 3,000 slot machines. In return Millennium has offered to pay the state $150 million a year.

Governor John H. Lynch is skeptical the bill will be enacted. "It's not going to happen this year. There is not the political will for it to happen. Unless I am absolutely convinced it wouldn't have an effect on our quality of life, I wouldn't even entertain a discussion about supporting it."